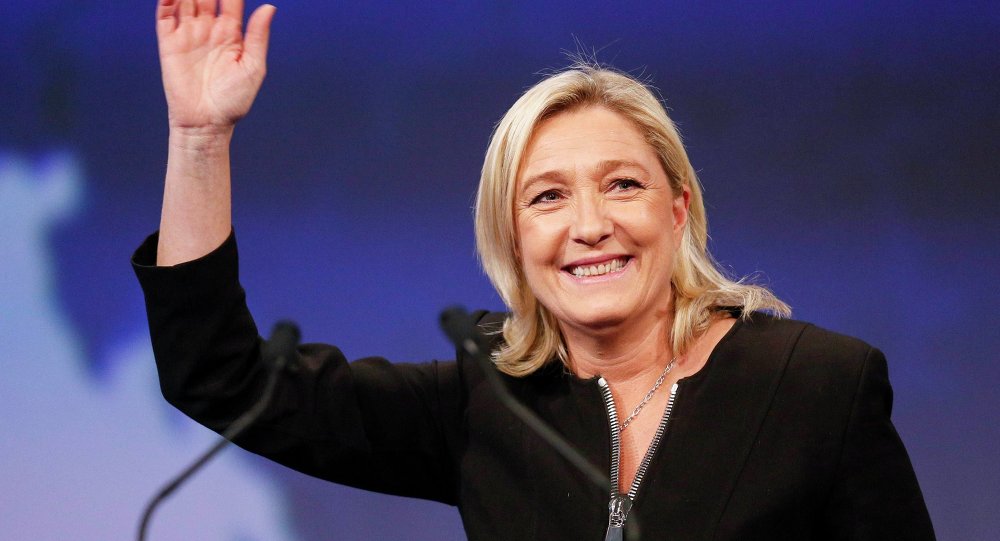 Marine Le Pen is unlikely to win the French presidential election on Sunday. The contest between Le Pen and Macron is nowhere near as close as the polls between Trump and Clinton, nor Leave and Remain before the Brexit referendum.

However, regardless of whether Marine Le Pen will win, there is still a large proportion of the French who directly support her. So what zeitgeist is she capturing? Will she increase her support over the coming years or will it decrease? What does her popularity tell us about what people want?

You may be surprised to hear she is the most popular candidate amongst the young in France – 29% of 18-24 year olds support her over any other party. Perhaps it is less surprising to hear that she also garners support from rural areas and the working classes.

I thought it would be worth taking the time to truly understand why some believe she offers real hope for the future.

The young people of France

What will change, in your opinion, if Marine Le Pen is President?

“Many things will change. This will be a true return to democracy, including the introduction of proportional representation for the legislative elections and the popular initiative referendum. Finally, all French people can be represented and heard. France will regain its various sovereignties, especially its borders and its economy. Employment, exit from the European Union, insecurity, judicial laxity, terrorism … We can implement measures, but we need courage in politics. Marine Le Pen has it and that is why I trust her completely.”

What do you think of the image of FN in the media?

“It is surreal how relentless the media is against Marine Le Pen and the FN in general. They have no objectivity. They are more militants than journalists. Their representation of FN has always been based on clichés: racism, fascism, extremism, anti-Semitism … Marine Le Pen and her party have much more merit in their campaigns that this.”

Other articles about Le Pen’s supporters

“The 26-year-old said concerns around French sovereignty pushed her to join in 2014.

“When I saw that the traditional parties were not doing anything to protect and defend France’s interest in the face of multinationals and the EU, I decided to join the Front National,” she said. “Since Francois Hollande has been president, France has suffered a great number of terrorist attacks and many people have died. The day has come for us to stop these policies. I do not want my children to live in a world of insecurity.””

Read more in the Independent

“Three young men lean against a railing at the road corner, just a few yards from an Islamic bookshop. All are Muslim, they say. One, who wears a bright, reflective jacket, is a driver and mechanic.

“I’m not against Le Pen,” he tells me. “If she wins, it will be a good thing. The left and right are all bastards. They promise things and they don’t deliver. Let’s vote for Le Pen and see what happens. It won’t change anything for us.””

“Despite a decrease from September 2016, where feelings were exacerbated a few weeks after the bombing in Nice, 77% of French people declared themselves proud to belong to the French community. They are also more likely to define themselves as French (58% of citations) before being European (28%) or coming from their region (7%).

Marine Le Pen stands out as the candidate best embodying French identity (26% of responses). The President of the National Front is ahead of Emmanuel Macron (18%), Jean-Luc Mélenchon (15%) and François Fillon (10%).”

Emmanuel Macron and the denial of French culture

“Everywhere in the world we know that there is a French culture and we love France for its culture. Only the former deputy secretary general of the Elysée seems to not recognise it when he declares that “there is not a French culture, there is a culture in France and it is diverse”.

This statement is not anecdotal, it is the disturbing sign of a destructive vision of what has always made this country what it is.”

Inside a Marine Le Pen rally

Watch the interview(s) on the BBC

Populism will save democracy

“What we call populism brings together all forms of anger, reflection or recourse to this roller, above all technical and financial. What made this movement possible?

[Populism is] a real opportunity for the people to “actively participate in their destiny” without letting their fate be imposed from outside, in the name of interests that are not theirs.

[This is the system they oppose] “Everything is done,” writes Alain de Benoist, “to ensure the management of things, the sovereignty of financial markets, the authority of experts and the government of judges are no longer decided by the people. Citizens do not have the means to hold their representatives accountable, so the system has transformed into an oligarchy that is no longer responsible except in the face of the private interests that support it.”

N.B. Minute Hebdo supports Front National – well worth rooting around if you’d like to explore the topic.

Do you find it easy to empathise with what her supporters are saying? Does it help you understand?

I have to admit that sometimes I don’t understand – even when I listen really hard. There are some feelings that other groups have that I just don’t experience myself. But I’ve been thinking more and more about this analysis: ‘they are afraid of change’ and ‘they are afraid of the unknown’ and ‘this leads to hate’.

If we claim that people are afraid, then it is almost like they are beyond our reach. We may not understand – but we could start to describe how they feel in a less antagonistic way.