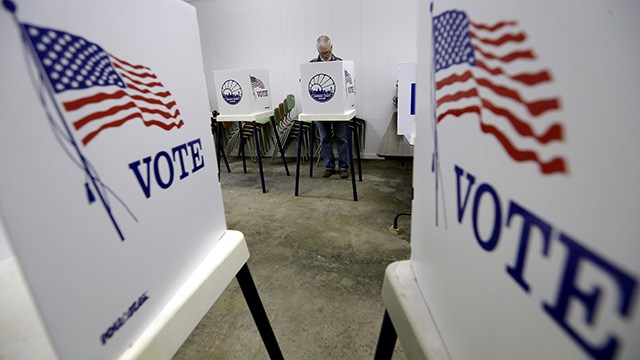 Trump’s allegation of election rigging has dominated headlines this week. Clinton retaliated by saying his remark was ‘horrifying’ in the final debate.

The Echo Chamber Club has been trying to keep away from the American election, but with so much metropolitan discourse on the subject, (and many subscriber emails asking us to investigate Trump supporter’s views), we will indulge again!

Trump believes the media does not give due credence to the claims that Hillary Clinton is ill, and that she takes money to make political decisions. The right-wing media care a lot about the Wikileaks e-mails, and the mainstream media is sidelining the story.

Finally – we take a look at the what the pro-Trump press has to say about election rigging.

Is Clinton Healthy Enough to Govern?

Clinton not seen for 5 days before the final debate

Hilary Clinton was not seen from October 14th until the final debate on October 19th. Kaine, Chelsea, Bill and Sanders were all canvassing but she was absent for 5 days.

Trump: Hillary preparing for debate by lying down and sleeping

“GOP nominee Donald Trump told a packed audience in Colorado Springs, Colo. that Hillary Clinton hasn’t been seen for a week because she is preparing for the last showdown by sleeping.”

““The press has created a rigged system and poisoned the mind of so many of our voters. They have rigged it from the beginning by telling totally false stories, most recently about phoney allegations where I have been under constant attack.””

Julian Assange, of Wikileaks, is currently taking refuge in the Ecuadorean embassy in London. Wikileaks have been publishing emails written to/from/with regards to the Clinton campaign. On October 16th Assange’s internet access was cut off. A story stating Assange had been messaging an 8-year-old went viral before that was proved false and Ecuador admitted they didn’t want Assange interfering in the US election.

“And as I’ve mentioned, we’ve all been quite content to demean government, drop civics and in general conspire to produce an unaware and compliant citizenry. The unawareness remains strong but compliance is obviously fading rapidly. This problem demands some serious, serious thinking – and not just poll-driven, demographically-inspired messaging.”

“It was not uplifting to learn in recent hours that problems with foreign donations to the Clinton Foundation continue, Hillary Clinton was still making paid speeches for hire this week, and Tony Rodham is hustling gold mining deals in Haiti.”

“The John Kerry private meeting with Ecuador was made on the sidelines of the negotiations which took place principally on Sep 26 in Colombia.”

Claims the Vote Can be Rigged

“There is masses of evidence of past voting irregularities, with some findings estimating that there are over 4 million ineligible and dead voters on U.S. voter rolls.

In addition, a major 2012 Pew Charitable Trust report found that “approximately 2.75 million people have active registrations in more than one state”.

The report also found that an estimated 1.8 million dead people are still registered as active voters.”

“On numerous occasions before being sworn in as commander-in-chief, Obama decried flaws in the American election system, which included voter ID laws, rhetoric from Bush administration Justice Department officials and the agency’s traditional handling of voter fraud investigations. In 2008, shortly before the general election, Obama even had acknowledged that elections had been “monkeyed” with in the past.”

[N.B. This is very well referenced, with videos and links to Democrat press releases]

In summary: is the American election rigged?

Trump stood for election on the premise that American politicians were corrupt and ‘for sale’. Politicians work for large corporations & the media and against the people. This message won support from his supporters.

These examples fuel the fire for Trump supporters and show that Clinton has institutional and media support.