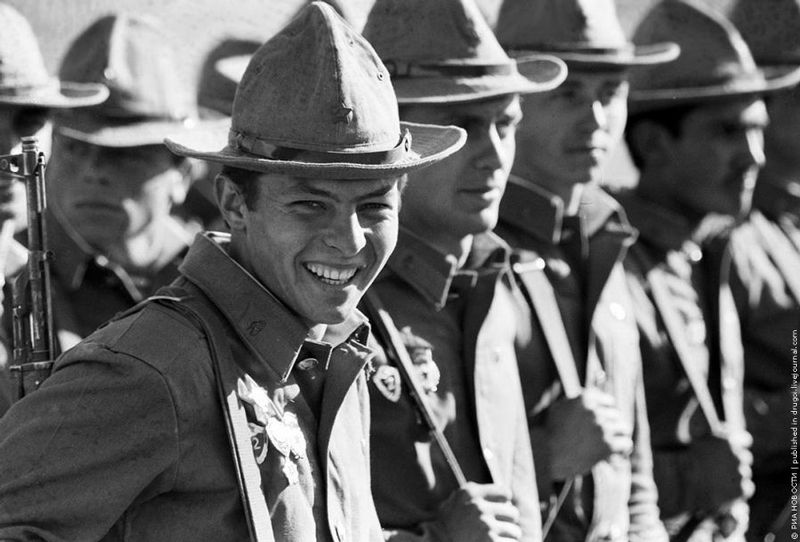 Time to stop treating Russia as a ‘bogeyman’

Vladimir Putin’s portrayal as a ruthless, selfish, corrupt and violent leader is continuously enforced by the Western press. However, he has an 86% approval rating amongst Russians. Consider Obama’s average approval rating is 49% – it’s impressive!

With the G20 on, little has been heard in the UK about the debates (our press is reporting Brexit and grammar schools), but we have heard a lot about Putin’s role. “Putin meets Eton students before Theresa May”, “Obama and Putin unable to find cease-fire agreement”, “Putin has indefensible support for Assad”. We continually accuse him of being uncooperative with “world” [read Western] concerns, and ridicule him as a bare-backed middle aged man on a horse.

However, the Russia believes the West is to blame for the bad relationship. We have broken our promises numerous times. What’s more, we do not report that life in Russia today under Putin has never been better.

There is a lack of recognition for what Putin brings to his people. Empathy has never been top of the Western press’ agenda, but the lack of it directed toward Putin’s policies is singularly distinct.

The UK and America has consistently broken promises to Russia, notably from WW2 when they were allies:

These broken promises were substantial in leading to the Cold War of 1947 – 1991.

Russia’s got a point: The U.S. broke a NATO promise

Even during the reparation negotiations after the Cold War we broke our promises.

“The United States has failed to uphold a promise that NATO would not expand into Eastern Europe, a deal made during the 1990 negotiations between the West and the Soviet Union over German unification. In this view, Russia is being forced to forestall NATO’s eastward march as a matter of self-defense”

Read more in the LA Times

Russian expansion is negligible compared to the West

There seems to be one rule for the West, and another rule for everyone else. Although we believe Russia is taking over countries, notably Ukraine, actually the West’s influence has expanded into Russian territory through NATO.

“Despite the fact that Moscow has abandoned control of immense areas of Europe and Asia, self-appointed experts insist that Russia is an expansionist power. Oddly, this “expansion” only seems to be occurring in zones that Moscow once controlled, into which the E.U. and NATO, supported by the U.S., have sought to extend their influence”

Read more in the Institute of Religion and Public Life

“As a starting point, the debate should assess whether NATO’s relentless expansion—begun during the 1990s and proceeding in waves, with Montenegro’s eventual accession, once-Soviet Ukraine and Georgia having been promised membership, and even historically neutral Finland and Sweden now pondering participation—played a role in Russia’s increasingly aggressive posturing toward the West.

As the world’s most powerful military alliance slid up to Russia’s borders, the West couldn’t have expected Putin to sit idle. After all, what would the United States do if Russia began stationing troops in northern Mexico?”

Has Putin has brought peace to Chechnya?

Chechnya is a unique Islamic republic in southwestern Russia.

After years of bloodshed and marginalisation, Putin pivoted from traditional treatment of the Chechens and adopted an entirely new approach. He appointed Kadyrov as governor in 2007, and although the human rights violations have not gone away, a peace has descended. The like of which has not been seen for decades.

“Kadyrov’s government may be entirely illiberal, and far from purely faithful to Islamic or even Chechen tradition, but, given the sense of trauma and dislocation after twenty years of conflict, it has many elements that are welcomed by the population.”

15 ways Putin has changed Russia, and the world

Some theorise that Russians require a unifying force like Putin to believe in pulling together to help their country thrive. Whether this is true is unknown, but a more even-handed handling of Putin, and Russia in general is probably in order.

“Don’t underestimate how much damage 10 years of Yeltsin, his antics, ailments and slurring on television, did to Russians and their view of themselves. Putin has given them something much more in keeping with the macho spirit of the Russian muzhik: a horse-riding, bare-chested, tiger-wrestling, clean living, straight-talking action man.”