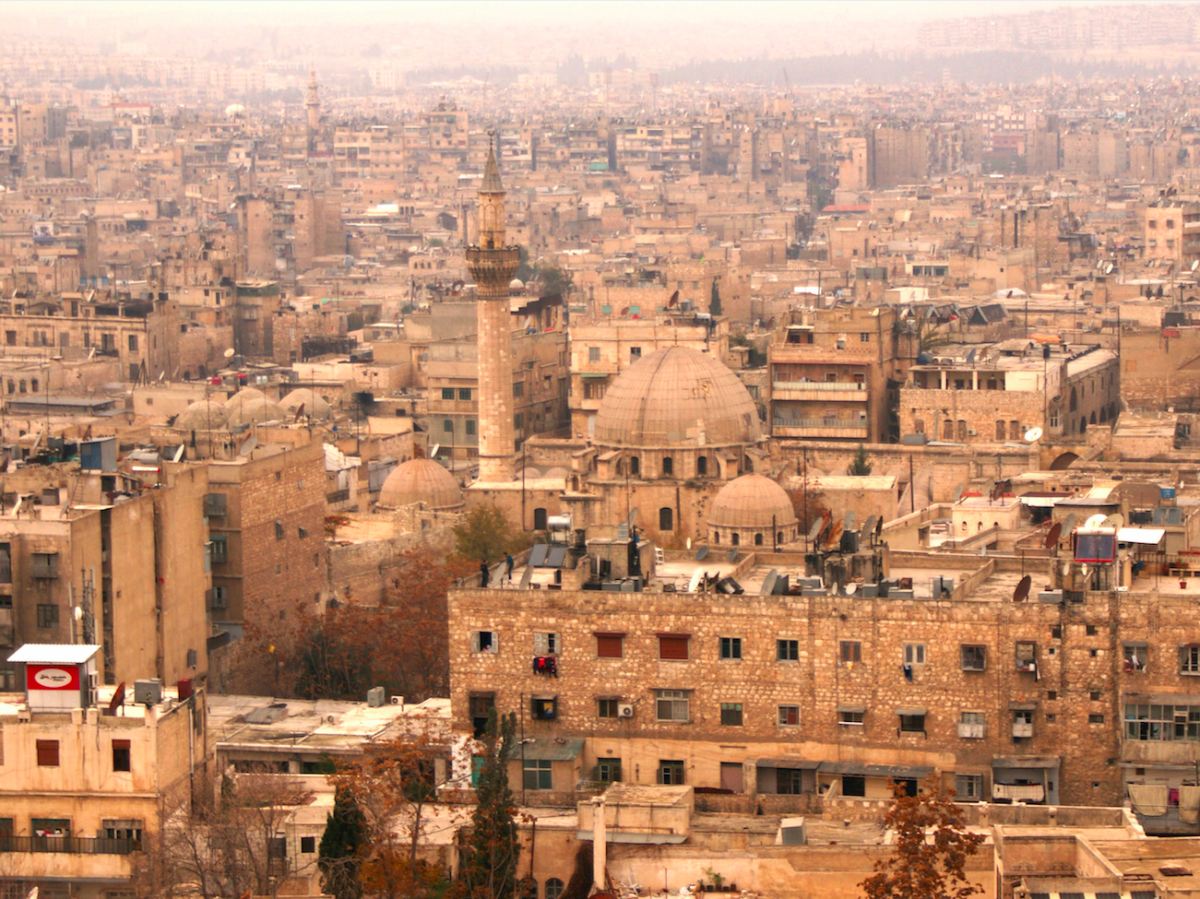 The horrifying videos of the citizens of East Aleppo saying their final words on Twitter and other social media sites has shocked the Western World. The UN, Amnesty International and many governments report the beginning of a humanitarian crisis. A genocide has started – babies, children and women are trapped inside their homes and are being murdered by Assad’s militia army.

However, Russian media (notably Russia Today), and other pro-Assad newspapers paint a different picture. They show Syrians dancing in the street to celebrate the liberation of the city. They talk about the people in Eastern Aleppo being held hostage by the rebels, and the brutality and murder they have witnessed by these terrorist captors.

A lot of the commentary has focussed on information sources. They say there are no Western media outlets in Eastern Aleppo, and so our footage comes exclusively from the rebels. They claim this footage is fake and doctored.

The juxtaposition between the commentary on Russian-owned media and the story we see on our screens is unsettling.

The Echo Chamber Club exists to show those with liberal and progressive beliefs a different world-view. Here are a couple of articles, videos and interviews that show the story of Aleppo from the other side.

‘West is telling Russia we went too far in defeating terrorists’

Here is an edited transcript:

Q: In Aleppo, we heard that you allowed some of these terrorists to leave freely the battleground. Why would you do that?

A: In that case, our priority is to protect the area from being destroyed because of the war, to protect the civilians who live there, to give the chance for those civilians to leave through the open gates, to leave that area to the areas under the control of the government, and to give the chance to those terrorists to change their minds, to join the government, to go back to their normal life, and to get amnesty.

Q: We hear Western powers asking Russia and Iran repeatedly to put pressure on you to, as they put it, “stop the violence,” …. Will you do it?

A: It’s always important in politics to read between the lines, not to be literal. It doesn’t matter what they ask; the translation of their statement is for Russia: “please stop the advancement of the Syrian Army against the terrorists.” That’s the meaning of that statement, forget about the rest. “You went too far in defeating the terrorists, that shouldn’t happen. You should tell the Syrians to stop this, we have to keep the terrorists and to save them.”

Q: All sides during this war have been accused of civilian casualties, but the Western media has been almost completely silent about the atrocities committed by the rebels… what role is the media playing here?

A: If you want to look at what’s happening in the United States is rebellion against the mainstream media, because they’ve been lying and they kept lying [to] their audiences. We can tell that … the public opinion or the people in the West doesn’t know the real story in our region, but at least they know that the mainstream media and their politicians were lying to them for their own vested interests…

Q: The humanitarian situation in Syria is a disaster, and we hear from EU foreign policy chief, Madam Mogherini, that EU is the only entity to deliver humanitarian aid to Syria. Is that true?

A: Actually, all the aid that any Western country sent was to the terrorists, to be very clear, blunt and very transparent. They never cared about a single Syrian human life. We have so many cities in Syria till today surrounded by and besieged by the terrorists; they prevented anything to reach them, food, water, anything, all the basic needs of life.

Aleppo is liberated. What now?

“The United States and its allies from the so-called civilised world… [tried to transfer] the power in Syria from the democratically elected president to Al-Qaeda linked militants who are backed by the US led block. Instead Syrian forces non-democratically purged terrorists in the city… and saved Eastern Aleppo citizens held hostage in the area.

The #WhiteHelmets have uploaded a video of themselves fake saving someone. Don’t think this was ever meant to be uploaded!

The #WhiteHelmets have uploaded a video of themselves fake saving someone. Don’t think this was ever meant to be uploaded! pic.twitter.com/F8OObvcHFi

This Twitter post shows the rebels conducting a ‘mannequin challenge’ style video whilst appearing to pull someone from the rubble. Russian media and supporters of Assad are using videos like this to say that all content coming from the rebels is fake, and that these are the sources Western media uses for proof.

This has been a particularly tough newsletter to curate. The images and videos coming from institutions I respect show a genocide occurring in East Aleppo and my job forces me to show a different side.

I’d like to remind all subscribers that The Echo Chamber Club does not exist to show you the ‘truth’. We want to show you an alternative point of view. We want you to see the images others see.

You may be interested in previous newsletters we’ve curated on Russia. Here is one on “is the West worse than Putin“, and here is one on “spreading paranoia“.