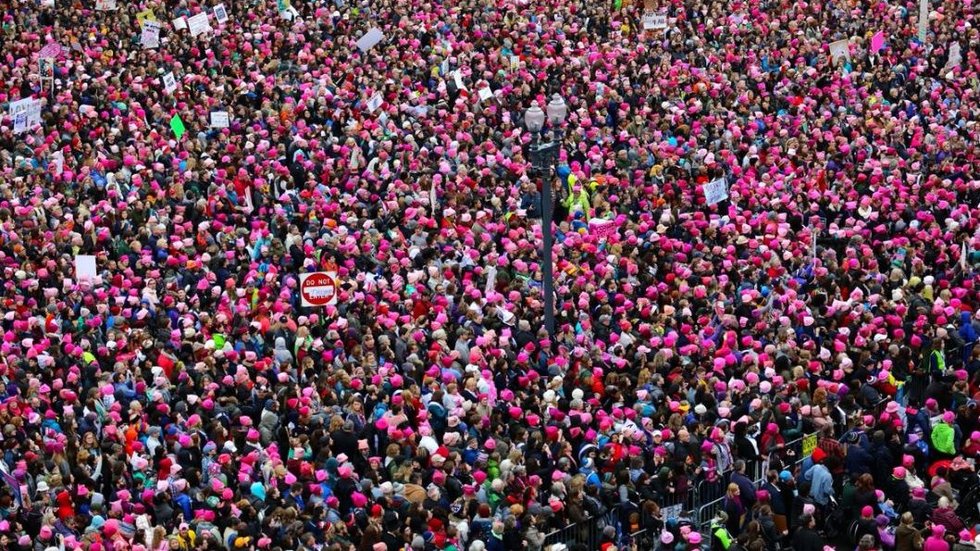 The news this week was fairly similar to last; we read articles that articulated widespread horror of Trump’s policies. The court ruling on Brexit made the front pages but hardly reverberated through social media. The struggles of other nations continue neglected – despite an important year for elections in Europe.

One event did catch our echo-chamber’s eye – the Women’s March.

The news coverage and scale of the event was huge. There were marches all over the globe and millions of women attended. However, the stories we read centred on the enormity of the event, quickly followed by listicles with titles like “Our Pick of the Funniest Women’s March Signs”.

This dominant view masks some of the controversies. It’s tricky to access opinions of the women who felt left out. And they certainly did. This symbolises a widening gap between pro-Trump and anti-Trump supporters.

This newsletter looks to address the views of pro-life, pro-Trump women who felt they could not march, despite having many similar views.

Aim of the march

Guiding mission and definition of principles

The guiding mission of the Women’s March was praised for its progressive attitude towards racial and ethnic inclusivity. (Whether it achieved that or not is another matter). However, it was explicitly pro-choice and implicitly anti-Trump.

● “We believe in Reproductive Freedom… this means open access to safe, legal, affordable abortion and birth control for all people, regardless of income, location or education.”

[Recommended as this is an excellent definition of progressive feminism]

“Is it possible to oppose abortion rights and call yourself a feminist? The well-worn question has arisen again this week as an anti-abortion feminist group has been ousted from its partnership with Saturday’s Women’s March on Washington.”

Can you be feminist and pro-life? The question misses the point

“When ‘choice feminism’ focuses solely on women’s unrestricted access to abortion and contraception, it misses the opportunity to discuss issues like pregnancy coercion, men’s refusal to wear condoms, and forced abortion — in other words, the limitations of women’s choices in abusive circumstances.”

“[Historically, feminists] looked on abortion not as being liberating, but as a tool of male oppression. As Stanton put it, when women had been treated for so long as property, it was degrading that they should treat their children as chattel. These pioneers viewed abortion as the ultimate exploitation of women, and yet were compassionate towards those who resorted to it, and reserved their scorn for those men who had used and abandoned them.”

Read more in The Liberal

Without a path from protest to power, the Women’s March will end up like Occupy

“Sometimes, the people march. Other times we hold general assemblies, tar and feather opponents, occupy pipelines, go on strike, dance in a circle, riot in the streets or pray together. In each case, behind every act of protest is an often unarticulated theory of social change: a story we tell ourselves about why the disobedient behaviour we’ve chosen will usher in the change we desire.”

You also might be interested in watching this video – which I found on the Women for Trump Facebook page – a lady is intolerant vocal against the views of a Trump supporter and is asked to leave a plane. What’s your reaction? Email me: editor@echochamber.club.