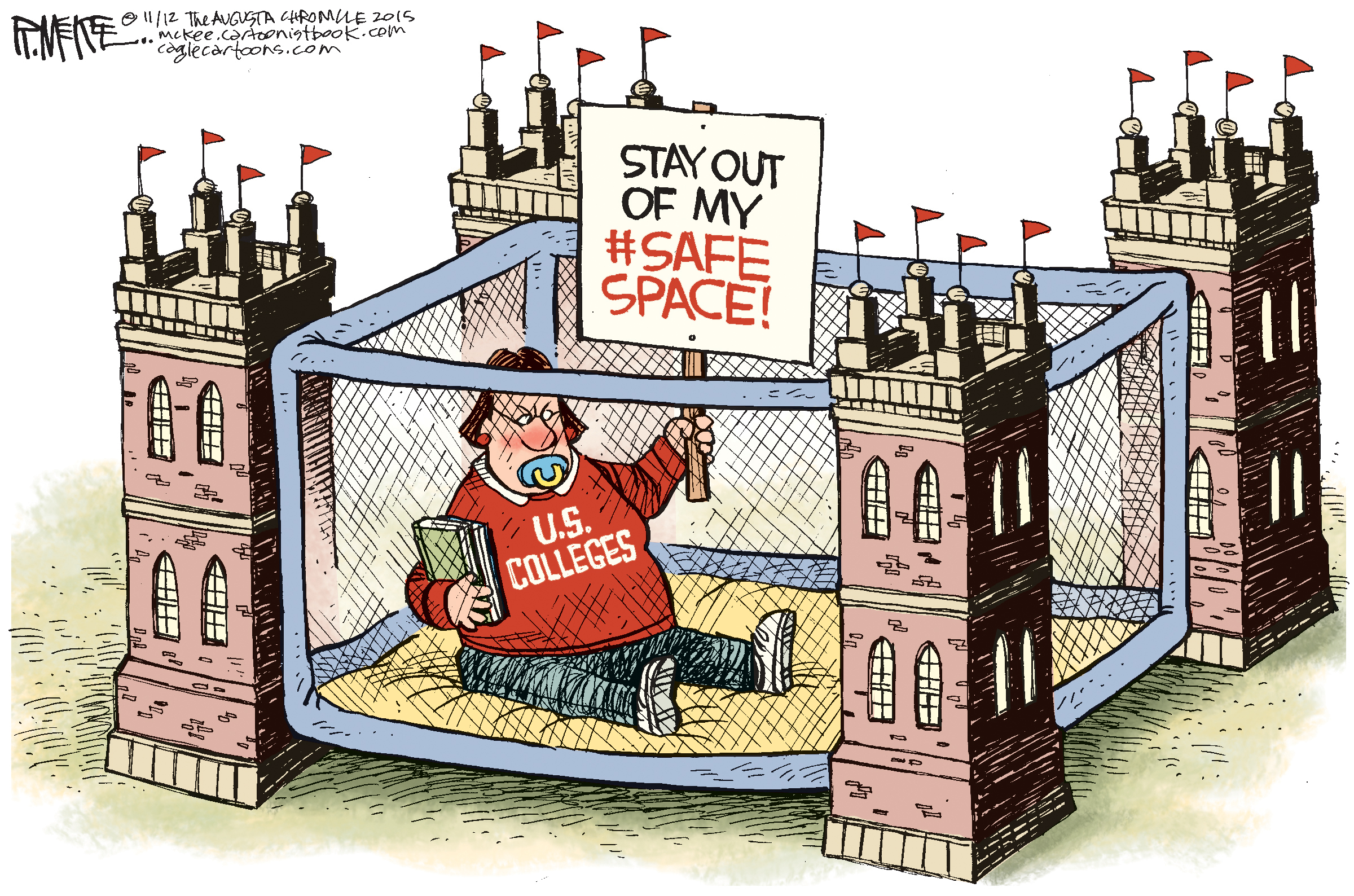 Are safe spaces really the enemy of free speech?

“Freedom of Speech is a fundamental British value undermined by so called ‘safe spaces’ in universities, where a sense of righteous entitlement by a minority of students who do not want to be offended, shut down debate. University is precisely the place for lively debate and fear of being offended must not trump Freedom of Speech”

“Everyone is finding the concept of safe spaces quite extraordinary, frankly”

In fact, it’s hard to find any newspaper that thinks they are a good idea. All sorts of accusations have been leveled at the concept – from stifling free speech, to not preparing students for the real world, to hampering economic development to undermining the university institution. But are they really so bad?

So what is a safe space?

From a student who needs a safe space:

“There is a legitimate purpose for safe spaces. They exist precisely because the world is not safe. An oak tree might survive a brushfire. A seedling won’t. College is a place where you challenge, yes, but you also nurture. And you can’t nurture someone who is too scared, too hurt, too cautious, especially when all of their other experiences have told them it’s right to be that way.”

From FLY at University of Cambridge:

FLY is a network and forum for all self-defining women of colour.

“The term safe space denotes an area or forum open only to members of a particular marginalised group – who usually share a political or social viewpoint – where they can speak and act freely without fear of being attacked for their views, questioned, or made to feel unwelcome or ignored (as they may be made to feel outside of a safe space).”

Read more in No Fly On The Wall

Public spaces in university should be safe spaces too:

Jacob T. Levy is a philosopher at McGill University in Montreal who specialises in political science. Here is a transcript of a lecture he gave on: “Safe Places, Free Speech and the University as a Complex Association”. We take key points below, but it’s well worth reading the whole transcript.

Focal example of the lecture:

The residential housemaster had sent an email about the ability to wear offensive costumes on campus.

The student was caught on video very aggressively saying to the housemaster who was also a professor: “I don’t want a debate; I want a safe space”.

Over the course of my talk, I’m going to build up the case for what [she said] that universities had become sites that were unfriendly to freedom of speech and there was something deeply wrong about the … debate on campus.”

“Why do we need safe spaces? We need safe spaces for a few different reasons. One of them is intellectual. Inquiry is hard. Research, teaching, and learning, require building blocks. And if you are never allowed to put one set of blocks down, you will never be able to move on to the next level.”

“An intellectual world in which we are always doing nothing but challenging one another’s basic assumptions gets very boring very quickly because no progress is possible.”

What you don’t do in a student political community, is let in the person who is going to rant at you and say “You’re Democrats, don’t you know that Democrats are Socialists and trying to bring down America, and let me shout at you for a while about how unpatriotic you are.”

Respite is hard to find for students:

“Adults commenting on university students from off-campus will often say “there is a real problem with students not understanding that their ideas should be up for challenge all of the time.” But nobody who lives off of a university campus lives that way. We go home at the end of the day.

When the student protestor was caught off video saying “I don’t want a debate I want a safe space”, I think it is almost certain that what she was saying was not “I want all of Yale to be an environment in which my feelings are protected.”

“What protestors say of some particular honorary degree recipient, some particular speaker, is that that person is dishonorable, that person is not worthy of being honored. And that person has said things or done things in the rest of their life that we students or professors would consider it to be offensive if you were to make us sit there and passively treat them as if they were honorable.”

Finally, here is a piece I wrote on safe spaces after reading Jacob T. Levy’s lecture.

“How would you react if someone who challenged your political and social point of views came into your home and started saying you were wrong? Chances are you’d find it incredibly stressful and ask them to leave immediately. Does that mean that you are against freedom of speech? No, it simply means that there is a time and a place to engage in that kind of debate. And that time is not when you’re about to watch the second series of Gossip Girl for the seventh time after a hard day of being in the real world.”