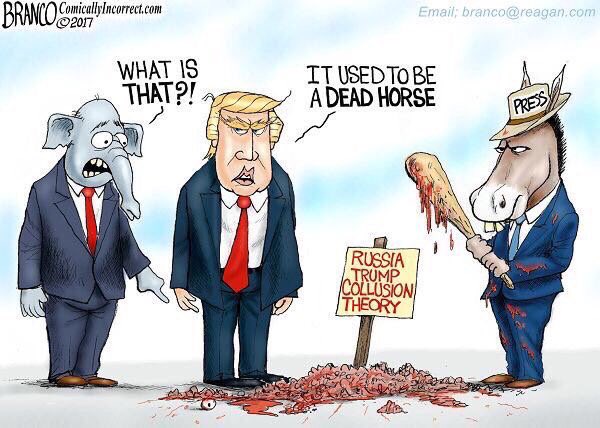 The Trump administration faced new evidence this week that they colluded with Russia through their presidential campaign. On both sides of the Atlantic, the emails of Donald Trump Jnr to a British-born journalist publicist about meeting a Russian with information that would incriminate Clinton, have been front page news.

Despite this, The Economist / YouGov published a study that showed amongst his original supporter base, he has a higher approval rating now than before the scandal. [Raw data here]. Given the scandal, how could this have happened?

A belief in institutional liberal hypocrisy is at the heart of it. Liberals tend to turn a blind eye when they break the rules, and yet try and impeach their President if he does the same. This also is tied to their dislike of CNN. Supporters of Trump believe that 93% of CNN and NBC content is anti-Trump and this is demonstrative of elitist bias against the President.

Secondly, Scott Adams believes that the Trump administration has reframed this argument to show that they are forward-looking, whereas the Democrats are fighting over the past. Trump once again seems to inspire hope.

“But Trump Jr., Kushner and Manafort’s lone meeting with the Russian lawyer pales when compared to the coordination between Clinton allies and Ukrainian government officials who hoped to see Clinton win the 2016 election.”

… goes on to cite a January article by Politico titled, “Ukraine’s efforts to sabotage Trump backfire.”

“Ukrainian government officials tried to help Hillary Clinton and undermine Trump by publicly questioning his fitness for office. They also disseminated documents implicating a top Trump aide in corruption and suggested they were investigating the matter, only to back away after the election. And they helped Clinton’s allies research damaging information on Trump and his advisers, a Politico investigation found.”

Of course, liberals are looking past this completely and acting as if arranging to meet foreign officials alleging to be in possession of damaging information on a political opponent is literally the worst thing ever.”

“Tens of millions of dollars from uranium investors flowed into the Clinton Foundation, and Bill Clinton received a $500,000 speaking fee from a Russian bank tied to the Kremlin before Secretary of State Hillary Clinton helped decide whether to approve the sale to the Russian government of a company that held one-fifth of America’s uranium capacity.”

N.B. Both FactCheck and Snopes have stated there is no evidence for these claims, but the allegation is rife in these circles

So they had this Russian thing and they were throwing everything at it, saying that if there is some smoke then there must be some fire but it just seemed that it was mostly smoke. Until recently it was sort of working a little bit. Then Tillerson [US Secretary of State] did this incredible reframing. Right after the G20, he said: “We’re going to focus on the future and moving forward”.

What that did was redefine the left, their opponents, as these zombie lawyers who were focussing on the past, whilst the administration is focussed on fixing North Korea and ISIS and healthcare and all these important things. Whilst these zombie lawyers are looking for well maybe a family member had an error on some paperwork. So that’s what they are reduced to: “eh I don’t think you filled out that form right”.

Watch the interview on Fox News

To back up the above point, few pro-Trump media organisations had the story on their front pages. Instead, they chose to focus on stories of action or crime. [N.B. I’m well aware this could also be interpreted as these newspapers not wanting to give more publicity to these claims – but still if you are a Trump supporter, this is what you see] 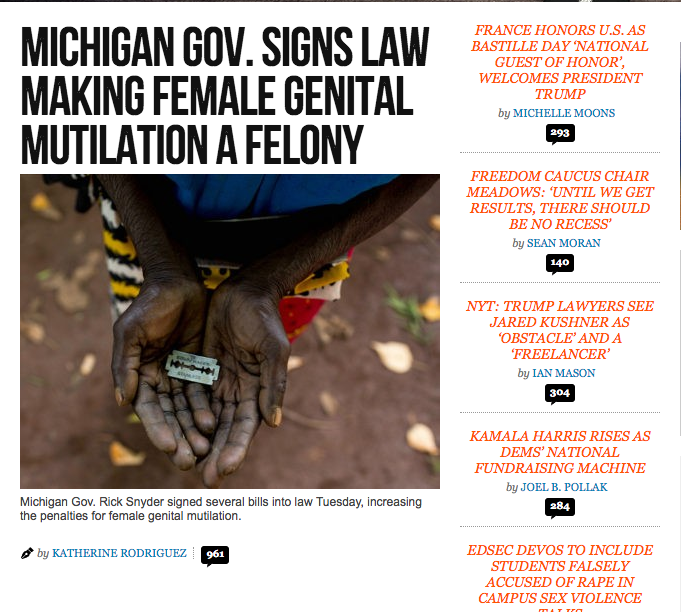 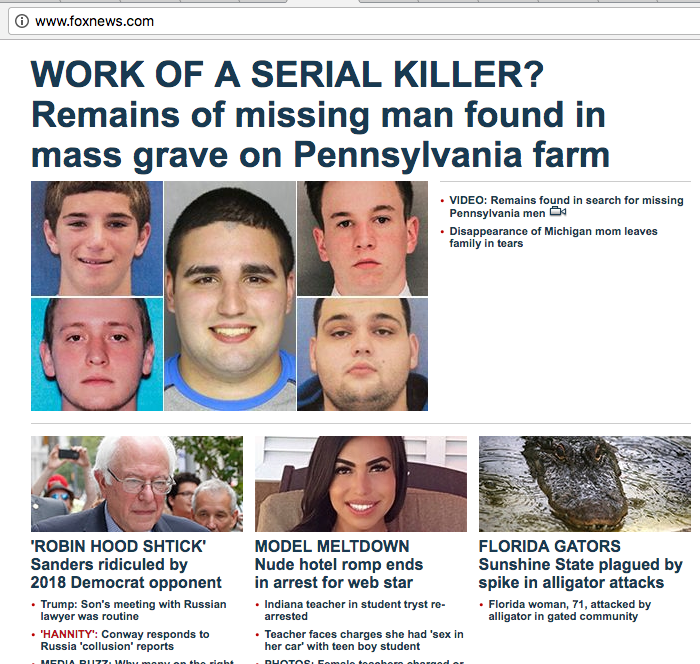 I get it. This is a newsletter which is filled with (what we believe to be) disreputable and damaging news organisations. Yiannopoulos, Fox News and Breitbart are hardly what we would like to give credence to. It’s very very easy to dismiss these claims as bogus and his supporters as idiots.

However, themes of our own hypocrisy and a lack of hopeful messaging have come up before in newsletters. The Uranium allegation may be ridiculous, but the Ukrainian may (only may) have some substance. If we lead with integrity then no one can damage us. Perhaps we just tried to cut corners for too long.