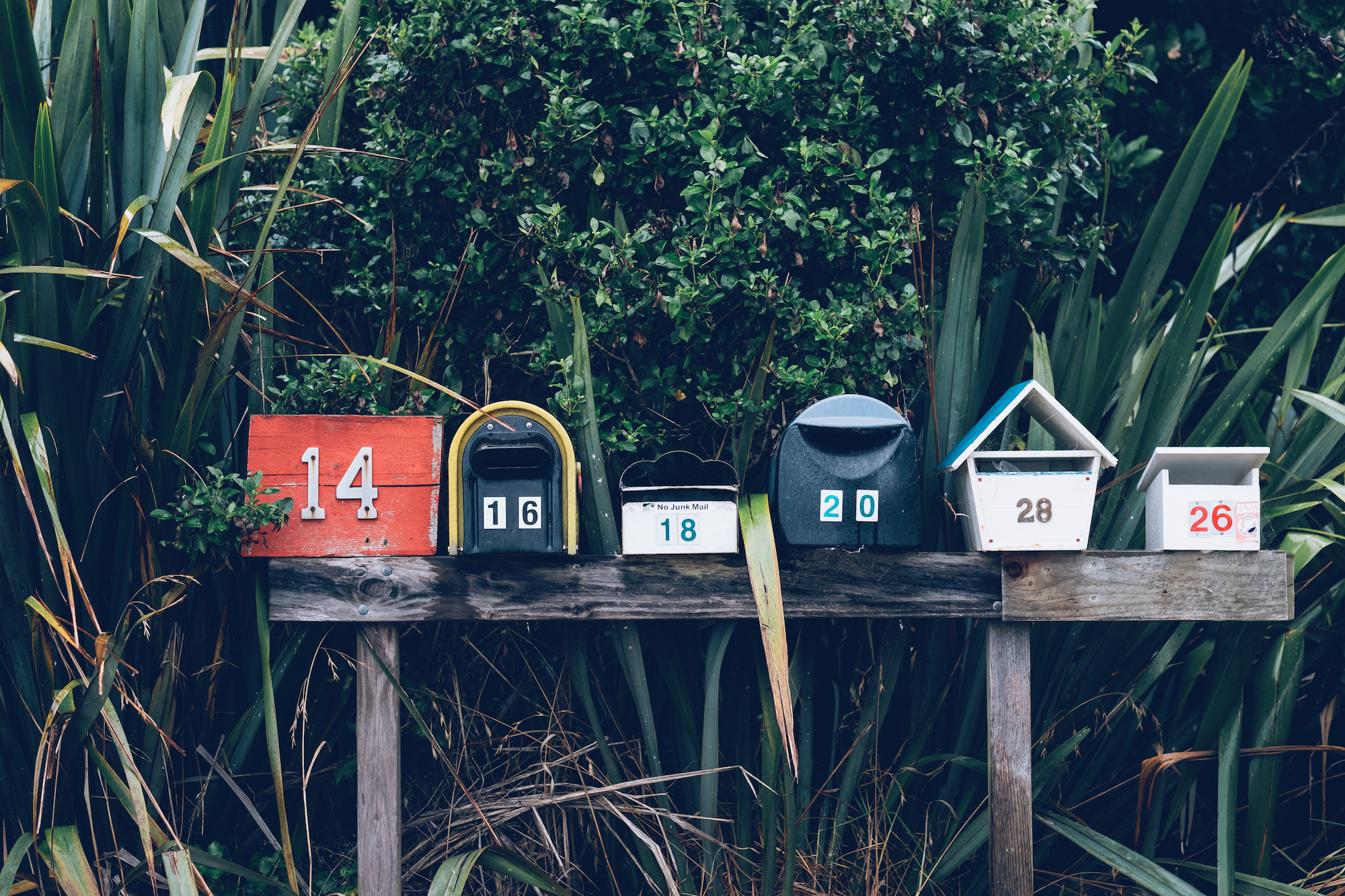 This article could be called ‘why I believe that a weekly newsletter is the best solution to echo chambers’. It’s written because I’ve heard a lot of talk about producing new technologies that will counter echo chambers. And I just don’t really believe they will necessarily work.

Let me explain why this is.

In order to create a solution to a problem – you first have to know what the problem is. And we definitely do not know where the problem lies with echo chambers. This is for two different reasons.

We don’t know the cause of the 2017 echo chamber

The first is that we don’t know for certain whether echo chambers have been amplified because of the internet. And if they have been amplified because of the internet, we don’t know exactly what aspect of the internet has caused it. A lot of column inches has been given to the role that Facebook and Google have played in creating algorithmic filter bubbles online. I also think they have a large responsibility. But what about internet chat rooms forcing anonymity and mechanising humanity? What about the fact that publishers can’t pay for high-quality journalism because their business model was disrupted by the internet? What about the digital marketers who exploit algorithms to sell more stuff? I could go on.

So if we don’t know where the problem lies exactly, then creating a computer coded solution that will work is very tricky. As soon as you start coded a solution then that product is fairly inflexible. And right now we need flexibility as we don’t have the research to show exactly which problem needs fixing now.

Every one of these things are politically motivated reasons for disliking echo chambers. And for that reason, if you were to create a technology or structure for combatting an echo chamber, then it would be steeped in political ideology.

This is why I believe a weekly newsletter that takes a different topic each week is the best solution to an echo chamber at the moment.

Our structure is so flexible that it means that we can help you get out of echo chambers of many forms. It’s not the case that we’ll just show you want the centre-right thinks if you sit on the centre-left. And having this flexibility means we’re more likely to break through our boundaries and discover truly innovative points of view.

At the moment we have four categories of newsletter that can combat echo chambers. This may grow – but you’d have to create 4 pretty specialised technologies to do what we’re doing at the moment. Here they are listed below: 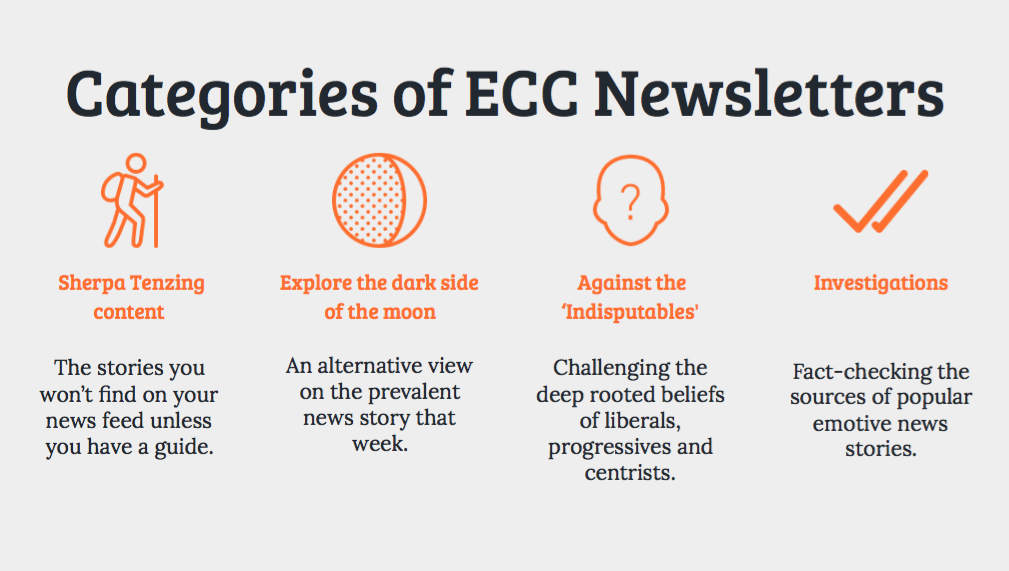 A final note about the advantage of using newsletters to reach your audience. A newsletter – whether delivered to your email address or through WhatsApp – is something that you have opted in to. You will receive it. The only blocker to not seeing the email is that we may end up in your spam.

We could build an app, but that takes a fair amount of budget. Unfortunately, I’m not a designer nor a product manager so I couldn’t bootstrap something like that myself.

If we were to push out our content on social media, then we would be at the mercy of the Facebook and Twitter algorithms. Many people who press like or follow on these networks, don’t end up seeing our content. Given that many of the newsletters contain ideas that you wouldn’t necessarily want to spread, it wouldn’t be the case that our newsletters would spread like wildfire. If they did, it would be to groups that I wouldn’t necessarily want to reach.

So for these reasons, a newsletter is the best way to go.