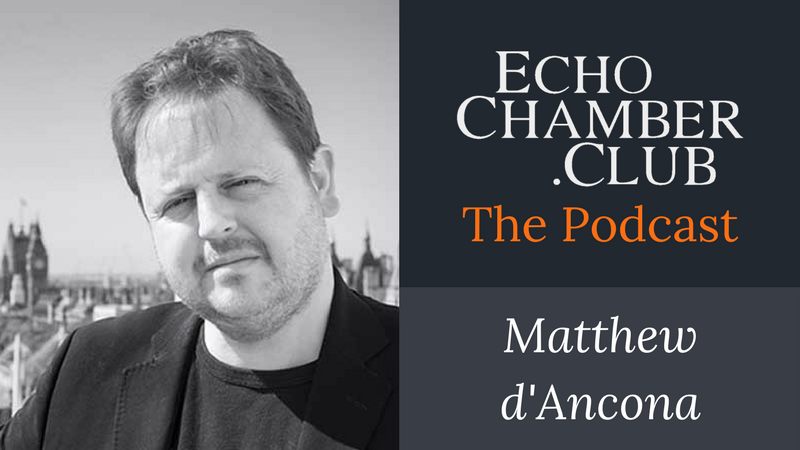 Matthew d’Ancona is a celebrated British columnist currently writing weekly for the Guardian on current affairs. He’s was the editor of the Spectator from 2006-2009 and he was deputy editor for the Telegraph and has also contributed significantly to New York Times, GQ and Evening Standard.

He is an author and his latest book is coming out in May called: “Post Truth – The New War on Truth and How to Fight Back”.

Useful Links mentioned in the podcast

You can preorder Matthew’s book from Amazon here: Post Truth: The New War on Truth and How to Fight Back

Matthew has also edited a book in 2009 searching for British values – you can get that from Amazon here: Being British: The Search for the Values that Bind the Nation

Our podcast with Bex Stinson can be listened to here.

The Casey Review: a review into opportunity and integration

Rise of the Robots by Martin Ford

Independent Think Tank Bright Blue – of which Matthew is the chair

What is the Echo Chamber Club Podcast all about?

In contrast to our newsletter, which seeks to show liberal and progressives a robust version of opposing points of view, our podcast seeks to strengthen our own ideology. We interview key thinkers; philosophers, journalists, academics and politicians about what their values are, and what it means to be anti-extremist and ‘centrist’ in 2017.