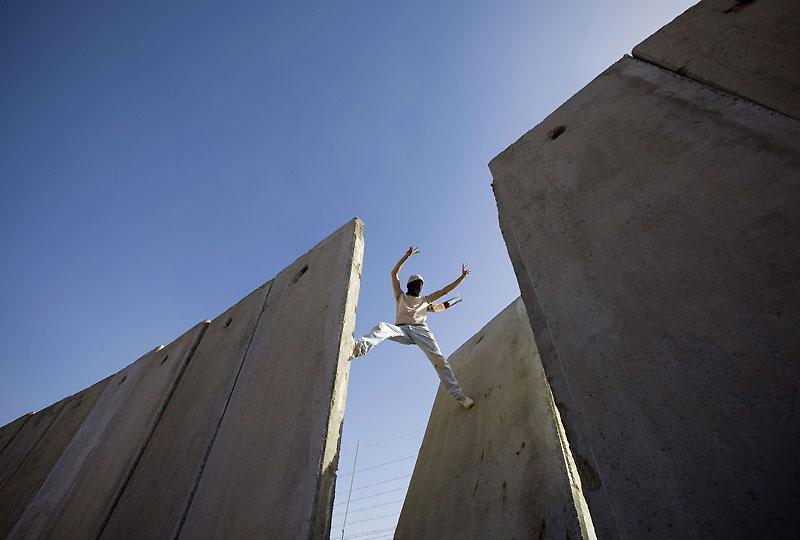 In Western countries, most educated people are familiar with the Israel/Palestine conflict. Media coverage of the ongoing conflict is fairly frequent, but often shallow. The conflict feels far away; it doesn’t influence us, even though we can influence it immensely.

Meanwhile, on the streets of Amman, Jordan, the issue of Israel/Palestine tints the political opinions of almost every citizen. Amman, the capital of Jordan, is only 40 miles away from the Palestinian border. While the numbers are fuzzy, around 2/3 of Jordanians are reported to be of Palestinian descent. This issue defines Jordanian political life more than I ever expected. Many Jordanians echo the belief that the Arab world cannot move on until this issue is solved. Yet, the conflict between Israel and Palestine has continued since the mid 20th century, and there is no immediate solution in sight.

I wasn’t planning on writing this newsletter on the Israel/Palestine conflict. Despite focusing on the Middle East in my studies, I have always felt undereducated on the topic. The online world is ridden with conflicting narratives. Israeli news sources and Palestinian news sources hold no accountability to the other—and productive discussion stagnates because of it. At the end of my studies, I had only just begun to be able to distinguish real from not real, selective facts from objective truth. The Israel/Palestine conflict was the area in which my echo chamber had shielded most from reality, and I felt I could not pass up the opportunity to demonstrate a few ways in which that had been the case.

For this brief discussion, I wanted to focus on three areas. First, I’d like to show the extent of polarizing opinion between Israelis and Arabs, through a comparison ‘objective reports’ on recent protests at the al-Aqsa mosque, written on the exact same date. The second section is on the land dispute, and how Jordanians fear that their own land may become a solution to the Israel/Palestine conflict—an “alternate homeland” option which is widely acknowledged in the region, but often not outside. The final section will look at Arab opinion on American policy towards Israel.

In early July, following the shooting of two Israeli policemen, the Israeli government instituted a series of new security measures at the al-Aqsa mosque in Jerusalem, including metal detectors, security cameras, and a rule prohibiting men under 50 from entering. Palestinians gathered for largely peaceful protests and street prayers until late July, sustaining a reported 1,300 injuries in clashes with Israeli tear gas, stun grenades and rubber-coated steel bullets. Israel conceded to reopen the mosque to the general public on July 28th, following condemnation from the Arab world.

Inside the Temple Mount: a week with Palestinian protesters in al-Aqsa

“In the two weeks since Israel responded to the murder of two policemen at one of the entrances to the Mount by putting up metal detectors and installing security cameras, Palestinians have staged genuinely popular mass demonstrations at all the entrances. Depending on the hour, these protests ranged from rioting to the atmosphere of a summer camp.”

On Wednesday afternoon, Rahman – a bit bored by the long summer vacation – was still planning to spend many more days at this summer camp, which turned violent nearly every night. He said he would come every day, until Israel removed the cameras and metal detectors, even if it took weeks. He added, optimistically, “But perhaps it will take only two days.”

“Young protester succumbs to wounds after being shot by Israeli forces, as police renew ban on men under 50 at holy site.

A 25-year-old protester has succumbed to his wounds, becoming the fifth Palestinian to be killed by Israeli forces and settlers in two weeks of violence as tension mounts over discriminatory restrictions at al-Aqsa Mosque.

Muhammad Kanan, who had been shot in the head three days earlier, died late on Thursday in a hospital in the central occupied West Bank city of Ramallah, the Palestinian Ministry of Health said.

Kanan had joined thousands of Palestinians in the streets to rally against extra restrictions at Jerusalem’s al-Aqsa Mosque compound, protesting in Hizma, his hometown near Jerusalem.

Israeli soldiers and police cracked down on extended protests on Friday.”

Should Jordan become a Palestinian homeland?

“Consider for a moment, that if Jordan agrees to grant citizenship to all Palestinians, as their law currently provides, and invites the return of all of them to live and work in Jordan, the conflict would soon be ended.  While King Abdullah isn’t about to do so, the Jordan Opposition Coalition (JOC) would.”

“This plan seeks to execute a feasible two-state solution where Jordan is the natural homeland for all Palestinians, and Israel becomes sovereign over all soil west to the River Jordan. This could only happen if the corrupt, terror-supporting and double-speaking Hashemite royal family leaves Jordan. The Palestinians often revolt against the regime but the king’s police force puts them down. The American media ignore this solution to the unrest in Jordan.”

Over the last month, Jordanians relentlessly debated this issue. Sceptics suspect that Jordan’s official line is amenable to this scenario. Indeed, this is a widespread impression in Jordan.”

“Even senior officials, such as former prime minister Marouf Bakhit, warned that the Palestinian leadership might reach a deal with the Israelis at the expense of Jordan.”

“Many Jordanians have a difficult time believing that the “alternative homeland” is not going to materialise.”

“I have written many times warning that the trust gap between government and people is widening to an alarming rate. A wide segment of our society does not trust the government, nor does it trust the institutions.”

Read more by Hassan A Barari in The Jordan Times

Striking down the First Amendment

“The US Congress, cheered on by the powerful Israeli lobby in Washington, is waging a war on Palestinians and their supporters. In the process, they are attempting to demolish the very core of American values – the First Amendment.

“Now, it seems history is repeating itself. The Israeli version of Apartheid is fighting for legitimacy and refuses to concede. It aims to colonize all of Palestine, mistreat and oppress its people, and violate international law without any form of censure from either individuals or organizations.

Although the new chapter of the anti-Apartheid struggle refers to Palestine, the US and its western backers continue to repeat the same costly policies they committed against the South African people.”

“In early September, the Israeli government announced an agreement with Facebook “to work together to determine how to tackle incitement on the social media network.” The announcement came about 10 days before Facebook disabled the accounts of editors at two of Palestine’s most widely read online publications, prompting widespread online protest. Users had flagged the accounts as being in violation of Facebook’s community standards.

While Facebook quickly apologized and reinstated the accounts, the incident—along with the Israeli announcement—serve to highlight critical issues about the negative effects of bilateral collaboration between private social media companies and national governments on freedom of expression online.

Worryingly, such agreements are establishing a trend by which states and intergovernmental bodies seek to circumvent existing international and national legal frameworks that safeguard free expression, particularly in the name of countering violent extremism online.”

The echo chambers regarding Israel/Palestine coverage are extremely segmented. The two “objective” (as in not opinion) pieces of news coverage from the same day of the al-Aqsa protest elicit entirely different reader reactions. The Israeli narrative repeatedly describes protestors as people at “summer camp,” emphasizing their propensity to riot—without mentioning the 1,300 injuries to Palestinian peaceful protestors or admitting to the extent of Israeli restrictions on the mosque. Meanwhile the Arab narrative contrasts the violence of the Israeli police with the peaceful, human-rights based approach of the Palestinians.

Section 2, the Jordanian “alternate homeland” section, is an example of the countless political anxieties stemming from this issue that go unreported globally.

Section 3, “Arab criticisms of the West,” is a reminder that it’s important to look outside of our regional media in order to think critically about our government’s foreign policy. I am still trying to navigate the nuances of this issue, but I’m realizing the importance of reading both Arab media and Western/Israeli media when trying to get the full story.

Kit is a Stanford University student studying International Relations, with a minor in Middle Eastern Languages and Culture. She spent the summer studying Arabic in Amman, Jordan. Within her sphere of studies, she focuses on journalism; she served as one of the managing editors for “The Stanford Daily” and has been working as a part-time intern with the Echo Chamber Club.