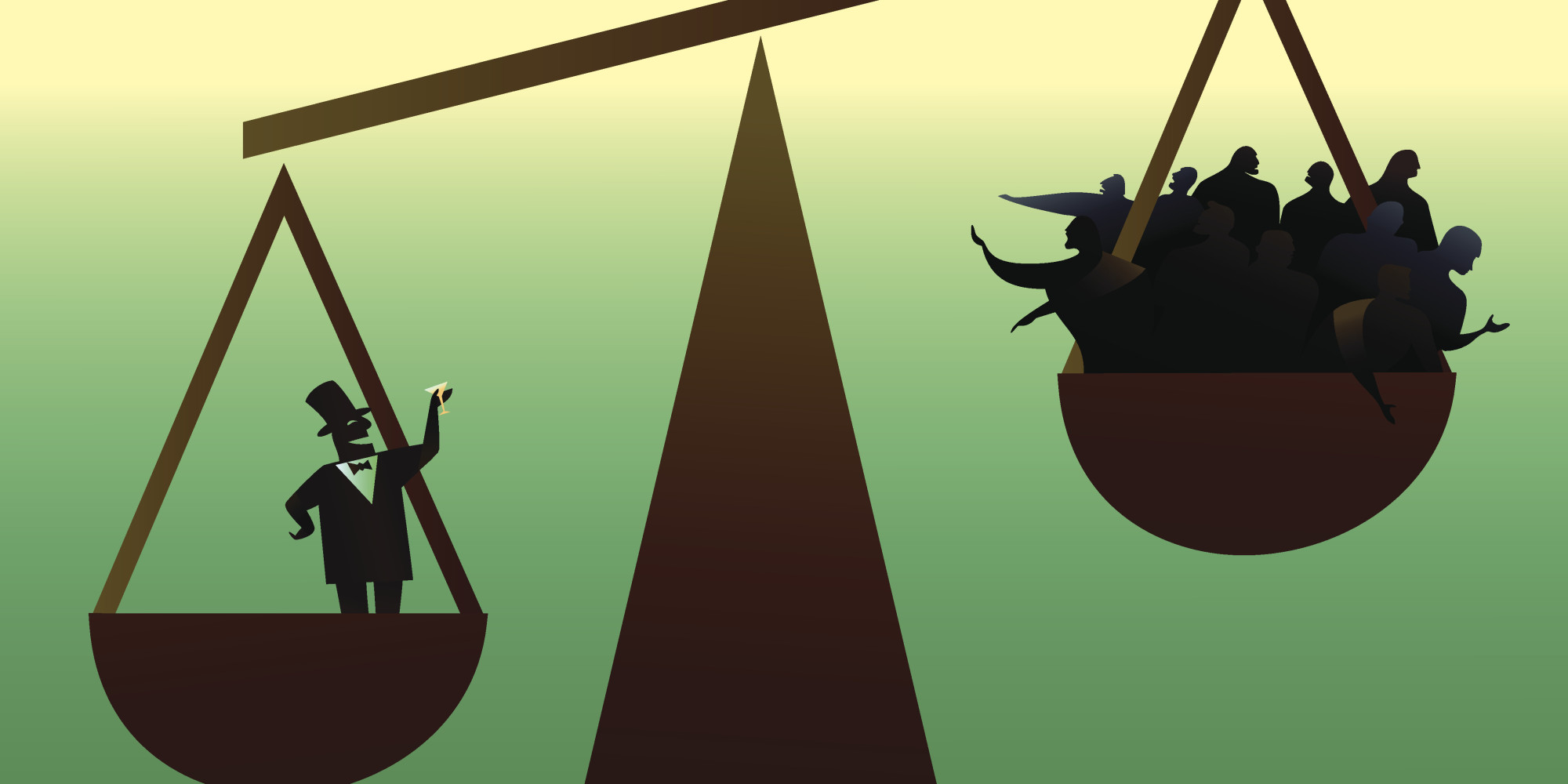 What Is Unequal In Today’s Society?

As a society, we seem to talk about inequality a lot. It’s also a subject which has been in the (UK) news this week. The Grenfell disaster is being evaluated, with a lot of conversation about how the rich live compared with the poor. Also, the salaries of the BBC high earners were published this week, with an obvious difference between the genders.

We monitor social and news media every day, so we think it’s safe to say that our echo chamber believes society has higher inequality now than pre-2008. Rectifying social and economic inequality is a priority for a lot of ECC subscribers’ endeavours and commentary.

Here is analysis from some centre-right pundits when it comes to inequality.

For a start, they point to data from the Office for National Statistics that show income inequality has steadily decreased since the 1990s. Moreover, we are vastly more equal now given that we all can buy smartphones, have access to healthcare and education in a way we have never had before. Compared with pre-austerity, lower income earners are more likely to be in full-time employment today.

However, some also point to the problem of asset inequality. House prices have gone up to the extent that those with large homes in prosperous areas have gained much wealth in a short period of time. They say that inequality exists here, and we should create policies that rectify this disparity.

Income inequality is going down 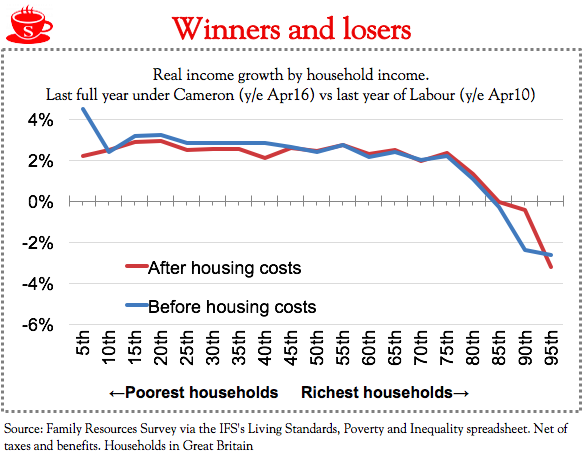 Yes, the lowest-paid did best under Cameron

“So a reforming Tory government had to cut state spending – but they also cut tax for employers (powering the job booms) reformed welfare (moving more people into work) and then cut the tax for the low-paid. You will be familiar with graphs showing that the effect of government spending cuts hurts the poorest hardest, but these graphs never factor in what is – for Conservatives – the other side of the coin, the employment boom. So add the two together: welfare cuts with the jobs increase, and how did people do? The below graph compares incomes in 2015-16 with the last full year under Labour, 2009-10.”

Read more by Fraser Nelson in the Spectator

It’s not all doom and gloom. Beware politicised forecasts

Bad predictions are easily forgotten so let us recap. In 2011, the Institute for Fiscal Studies predicted that by 2014/15, absolute child poverty would have risen from 17.5% to 24% (similar predictions were made in this 2011 IFS report and this 2012 report for the Joseph Rowntree Foundation). In fact, it fell to 17%.

In 2011, the IFS argued that people in the middle and high income brackets had already seen their incomes fall whereas the worst was yet to come for lower earnings. For ‘those towards the bottom,’ they said, who were ‘dependent more on benefit incomes, falls in income will happen largely between 2010–11 and 2015–16’.

The Office for National Statistics data allow us to put the IFS’s predictions to bed. As the graph below shows, there was income growth across the distribution between 2007/08 and 2015/16 with the exception of the richest fifth who saw a 3% decline. The poorest fifth saw the biggest rise: 13 per cent above pre-crash levels by 2015/16.

Read more by Chris Snowdon on the IEA

Life is better now than before

“For many folk enjoying a twenty-first-century Western lifestyle, modernity is something they take for granted. Enjoying a standard of living their great-grandparents could scarcely comprehend, many simply do not see the progress happening all around them. I see it everywhere.”

“You see, I know that the world has got better – for Britons, Africans and almost everyone – with a few terrible exceptions, such as for those poor folk living in Syria, Iraq or North Korea. I know, too, that the modern way of life – with its mobile phones and medicine, its gentler systems of justice and greater equality – is vastly better than what went before.”

“Monetary policy, not the free market, has given a massive subsidy to the 1 per cent. Those with assets haven’t even needed to go to work in the morning to get rich rather quickly. Yet at the same time, consumer price inflation has pushed up prices by 16 per cent, eroding the wages of those who do.”

Inequality has decreased these past two decades

“There’s a very large importance to this. If we want to make a policy decision–say, should we decrease inequality some more, or should we deliberately increase it even–then we’ve got to take account of what we’re already doing to decrease inequality. Thus our public conversation must be dominated by the simple fact that income inequality has decreased, our relevant question being do we want to decrease it some more or not? Not the constant wailing in comment pages that inequality has increased thus we must be doing more.”

I got a bit of backlash from the last email about Trump. I kind of knew that I would – the sources that I quoted were not the ones we respect. I also think I was a little clumsy with my use of language. However, after one email exchange, I started to think about the Echo Chamber Club and our position of privilege. You can see that blog post here: https://archive.echochamber.club/privilege/

Otherwise, this newsletter has been quite eye opening for me. I didn’t drill into the data, despite often saying it’s one of the biggest problems for today’s society.

Also, I’m well aware that this is one point of view, and that you would not call this newsletter balanced reporting. That is not what the ECC is about. We look to challenge and pierce narratives in our own filter bubble. Do shoot me a note and let me know what you think.