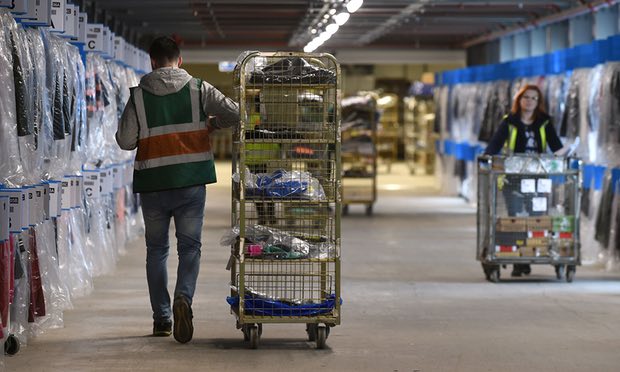 The gig economy undermines workers’ rights. Start-ups, like Uber, generate huge profits and create monopolies whilst paying their self-employed workers a terrible wage with no job security. The majority agree this is not a just labour environment.

However, whilst legal cases against Uber gain worldwide press, there are smaller organisations who are in court for vaguely similar charges. It may be that the legal teams of these firms determine the fate of Uber.

Late last week, a landmark appeal was lost by Pimlico Plumbers, a mid-sized plumbing firm in London, operating since 1979. They have always contracted ‘self-employed’ plumbers. They believe self-employed plumbers have more freedom as they make a lot more money than they would if they were on the pay-roll. However, an ex-contractor sued them for unfair dismissal after he fell ill, which has made the line between self-employment and employment unclear.

For this newsletter I spoke with employers in the IT contracting industry, as well as an employment lawyer and PR freelancer. These people worry that cases like this undermine the employment system. If you choose to be self-employed then you willingly sacrifice employee benefits, given that you have tax relief.

This newsletter focusses on UK examples, but similar instances must be playing out worldwide.

“The case is about the distinction between Mr Smith’s status as either a self-employed contractor or a worker for the company.

He was VAT-registered, and paying tax on a self-employed basis, but worked solely for Pimlico Plumbers for six years.

After he suffered a heart attack in 2010, Mr Smith, from Kent, wanted to cut the five-day week, which he had been signed up to work with the firm, to three.

However, the firm refused and took away his branded van, which he had hired. He claims he was dismissed.

He argued that he was entitled to basic workers’ rights – which would include the national minimum wage and paid holiday and the ability to bring discrimination claims.”

“Let’s be clear, Gary enjoyed the tax benefits of being self-employed, including paying 20 per cent corporation tax and claiming relief for things such as £520 per year to reflect the use of a room in his home as his office… paid his wife £4,600 to work for his business… not only was he supplying his own materials, as contractors do, he was able to mark them up by 20 per cent, which would have netted him up to another £10,000 in his last year contracting to Pimlico…

Crucially, due to his self-employed status, Gary also earned considerably more than if he was on PAYE – more than double in fact, making around £80,000 a year from the jobs he was given by Pimlico Plumbers.

And, in my view, this also places this particular case outside of the debate surrounding the so-called “gig economy”. Here, we’re not talking about Uber drivers or self-employed parcel couriers who are lucky if they take home a few quid per hour. These are highly-skilled tradesmen who can demand decent earnings for the use of their talents and experience.”

The future of work and tax

The ancient trade of plumbing and the future of work

“Self-employment accounts for 45 per cent of the growth in employment since 2008 and stands at five million people. We have to decide whether it is OK for an ever-growing part of our workforce to be without the safety net — from holiday pay to maternity leave — that we deem employers owe their employees.”

The tax system should reflect the changing way we work

The difference in the contributions is because employees pay 12 per cent of their earnings between £8,060 and £43,000 but the self-employed pay 9 per cent on the same band. The maximum difference between the workers and the “selfies” is therefore £1,048 a year. For someone on average pay it is £568 a year — nearly £11 a week tax saved by being self-employed.”

“How can having more self-employed people and more companies be costly? It’s because the tax system treats them rather more favourably than it treats employees. If a company is willing to pay £40,000 to get some work done, more than £12,000 of that £40,000 will go in income tax and national insurance contributions if it hires an employee to do the work. If it contracts with a self-employed individual, about £9,000 of tax will be due, falling to less than £8,000 if a company owner-manager does the work”

There are many macro changes affecting the way we work. However, those I spoke to worry that self-employment is being conflated with the gig economy. If Gary Smith is a ‘worker’ and entitled to benefits like sick pay, then the government should knock on his door and demand the tax back that he saved being self-employed. They believe there is a difference between high paid contractors, and those fighting zero-hours contracts.

A report by the TUC (trade unions) also came out this week showing the extent to which low-paid and low-skilled workers are exploited and the impact this has on the growth of the economy. This should certainly be dealt with by the government.

However, it is the wrong approach to attack firms like Pimlico Plumbers to change the behaviour of Uber and Amazon.