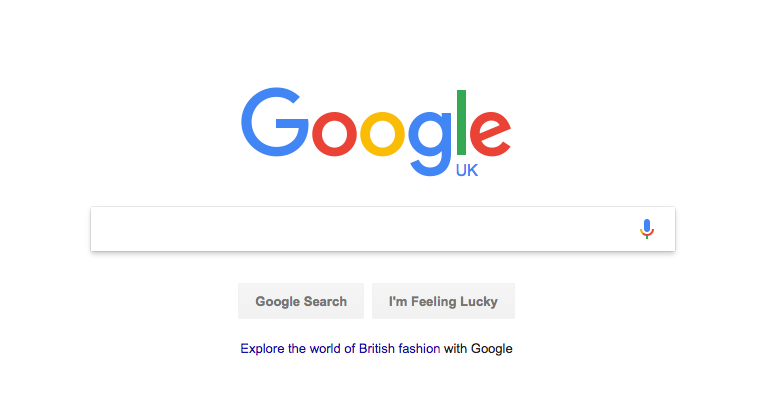 In the past few weeks, a lot has been written about the ‘fake news’ phenomenon – the way the internet has been manipulated to put certain political discourse in front of vulnerable people.

A lot can be said about this topic, however today we’d like to focus on one article which was widely shared at the beginning of this week from the Guardian: “Google, democracy and the truth about internet search”. The author, Carole Cadwalladr, showed real examples of the misogyny, racism and anti-semitism that is easily accessible, and indeed perpetuated, by Google search.

The aim of this newsletter is to show you similar campaigns by liberal and progressives – both sides manipulate the distribution and accessibility of information. And unless I’m mistaken, it looks like we did it first!

Google, democracy and the truth about internet search

Here are the two key points from the Guardian article.

“They have created a web that is bleeding through on to our web. This isn’t a conspiracy. There isn’t one person who’s created this. It’s a vast system of hundreds of different sites that are using all the same tricks that all websites use. They’re sending out thousands of links to other sites and together this has created a vast satellite system of rightwing news and propaganda that has completely surrounded the mainstream media system.”

N.B. Although the secrets of Google’s algorithm are closely guarded, it is widely acknowledged that if a site receives a lot of links from external websites, Google gives it more authority and that site will sit higher up in the search rankings

Google, Democracy and the Truth about Internet Search

Targeting specific swing-voters based on their likely behaviour

“Every time someone likes one of these posts on Facebook or visits one of these websites, the scripts are then following you around the web. And this enables data-mining and influencing companies like Cambridge Analytica to precisely target individuals, to follow them around the web, and to send them highly personalised political messages. This is a propaganda machine. It’s targeting people individually to recruit them to an idea. It’s a level of social engineering that I’ve never seen before. They’re capturing people and then keeping them on an emotional leash and never letting them go.

“Did such micro-targeted propaganda – currently legal – swing the Brexit vote?”

Google, Democracy and the Truth about Internet Search

The curious case of Rick Santorum

The neologism quickly took off, becoming one of the most successful digital pranks of the decade, and raising this novel conundrum: Can a man become president if his last name is not safe for schoolchildren to Google?

Read more in The Globe and Mail

“[An interview with Savage] You and Stephen Colbert are excellent at using neologisms like weapons. Just like his “truthiness,” you redefined “lifting my luggage.” And after [former senator Rick] Santorum linked gay sex to bestiality, you turned “santorum“ into a neologism so vulgar, it’s actually wreaking havoc with his potential run for the presidency.”

“His Google bombing campaign might be juvenile and vengeful in tone, but he’s fighting speech with speech in an exceptionally clever way, and has drawn a lot of attention to a worthy cause. What’s more moral than protesting hate speech nonviolently?”

The technology behind the Obama 2012 re-election campaign was run by Harper Reed. The mission was to understand voters so precisely, that they could automate communication which would persuade the electorate to vote for Obama.

“This year, however, as part of a project code-named Narwhal, Obama’s team is working to link once completely separate repositories of information so that every fact gathered about a voter is available to every arm of the campaign.”

“Never meet your heroes” is a classic #humblebrag, usually followed by a story that debunks the myth of the hero in question. They’re rude, or late, or small; they didn’t tip, or walked out midway through. Luckily for political fangirls and boys, President Barack Obama is “exactly like he seems in real life,” according to Harper Reed. “He seems like he’s super-cool and funny and a bit serious. And he’s just like that.”

Read more in The Evening Standard

Quite often it’s not the tactics that we dislike – but it’s the outcome. More and more internet marketing tricks are used to manipulate what information we see, and therefore what we think. But it’s not just the opposing side. If we want to stop these kind of behaviours then we need to also acknowledge the role our side has played in making them acceptable.