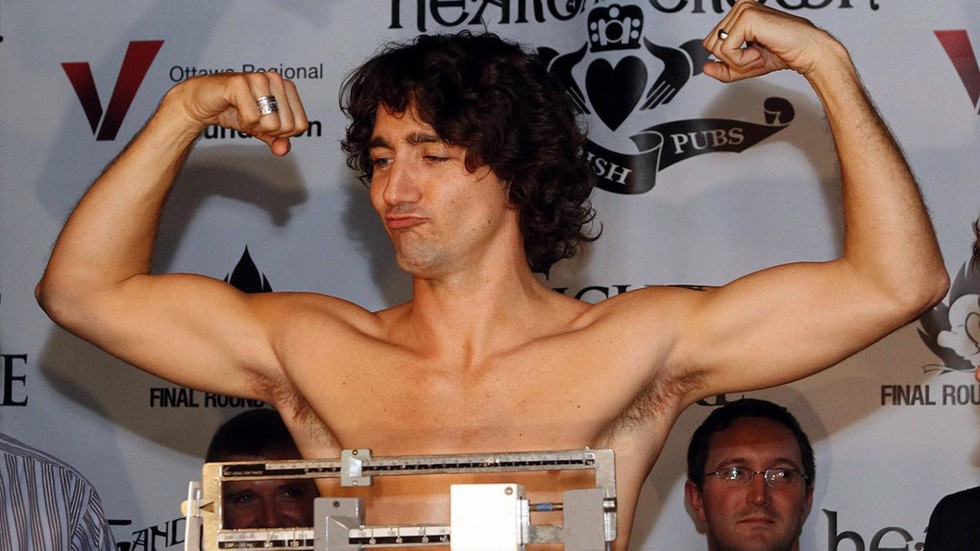 Is Justin Trudeau all that?!

Justin Trudeau is the new political darling of the Western World. He’s tolerant and progressive, standing for gay rights, feminism, environmentalism and freedom. He’s forward-thinking. Already, he has a plan for Canadian jobs under threat from automation. He’s fun. On April Fools’ Day he challenged Friends star Matthew Perry to a rematch after rumours they had a punch up at school.

In a world where many leaders seem to be taking their countries on a backwards path, Trudeau is a beacon of hope.

Like Barack Obama, internationally he is adored. However, similar to Obama, criticism about the strength of his leadership and his ability to keep manifesto promises are starting to surface in his own country. Here we’ll look at some of the key charges against him.

Trudeau, of the Liberal party, was elected in Nov 2015 – about 16 months ago. At that time he was ending 10 years of Conservative rule by Stephen Harper. His manifesto promises included taking in more Syrian refugees, protecting the environment, safeguarding the middle classes and reforming the Canadian electoral system.

Some electoral pledges, like legalising marijuana, are resulting in action. But Trudeau’s critics see this as one policy in the midst of many other broken promises.

Here we show you a couple of the arguments of the people who are against Trudeau.

“The prime minister’s attitudes to Canada’s aboriginal population are similarly chauvinist and contrast sharply with his father’s, who in 1969 characterized the country’s regime of segregated Indian reservations — in his words, keeping Indians “a race apart” — as an appalling affront to liberal sensibilities.

… The younger [has argued] that an aboriginal population unable to coexist, as his father put it, “as Canadians of full status,” is actually one of Canada’s highest virtues. While the father found it grotesque for “one section of the society to have a treaty with the other,” the son has championed the idea of “nation to nation” relationships with aboriginal tribes, and his government publicly disavowed interest in abolishing the Indian Act — the legal centerpiece of the “race apart” regime.”

‘He’s a liar’: Why the Left Coast may be writing off Justin Trudeau

“Not long ago, his Indigenous people were among the strongest supporters of Justin Trudeau in the country. Although a big part of mainstream British Columbia also succumbed to Trudeau’s charms in 2015, it could be argued that the First Nations peoples showed the greatest enthusiasm of all. With good reason.

All that changed when the Trudeau government gave the green light to British Columbia’s massive hydro development on the Peace River, the Site C Dam.”

“The truth is, Trudeau lied to us. He is very close to violating the UN Declaration on the Rights of Indigenous Peoples. I describe him now as a serial liar.”

Activists with the Oceans Society and Raincoast Conservation Foundation filed a lawsuit Tuesday challenging the approval of the Kinder Morgan Trans-Mountain pipeline, a $6.8-billion project tripling the capacity of the northern Alberta-to-Burnaby pipeline system to nearly 1 million barrels of oil a day.

The group believes that the project could threaten the natural habitat of the area’s killer whales.”

It’s a small but significant break from the unwritten protocol of the House which says party leaders always get replies from the prime minister if he’s in the Commons. Prime Minister Stephen Harper always answered May’s questions, for instance.”

“Trudeau’s new, more distant relationship with the Green Party, on the other hand, runs the risk of looking like smug cynicism — an image it doesn’t seem wise to cultivate, given his investment in trying to be the very picture of culture change in Ottawa politics. The PM might want to get back in the habit of answering May’s questions — or, better yet, taking her reform ideas seriously.”

“The prime minister bravely tweeted “to those fleeing persecution, terror & war, Canadians will welcome you regardless of your faith. Diversity is strength #WelcomeToCanada,” which sounded enough like a direct, principled response to Trump’s travel ban that it fooled a few major international news outlets, but was also vague enough for the Canadian government to avoid having to actually commit to anything. So, in other words, Peak Trudeau.

All of this conveniently ignores the fact that just a few weeks ago, Trudeau’s government capped the quota of Syrian refugees private citizens or groups could sponsor to come to Canada in 2017 at 1,000—a quota which had already been reached by the time Trump announced his ban. As it turns out, the Wizard is always less magnificent when you glimpse the man behind the curtain.”

“Trudeau repeatedly promised to get rid of the first-past-the-post voting system in time for the 2019 election, both during his campaign in the last election and again as prime minister.”

“People feel that they have been cheated. Politicians walk back on their words,” Vogt added. “And Mr. Trudeau should know that we will not take this sitting down. That we will stand up, and we will march, and we will be visible and we will be loud. And we will remind him that promises are to be kept.”

“Then along came Justin Trudeau, who talked about climate change, feminism, investing in infrastructure and smoking weed. He was the antithesis of everything they had known about federal politics in Canada, and he vowed to overhaul it completely — right down to the very fundamentals of how we form our governments. They trusted him, gave him their votes and arguably handed him his majority.

But now, it’s becoming clear that Trudeau’s government isn’t that different after all. For one, the little entitlements are piling up: the health minister’s car service bills, the $200,000 in moving expenses for two Prime Minister’s Office staffers, the private dinners with billionaires, the prime minister’s luxury island vacation. OK, you vaguely remember some old crotchety family member warning you about Liberal entitlements, but that was supposed to be about the old Liberals. Not these guys.”

I can imagine this newsletter will make you disillusioned about the state of worldwide politics. Although I can see this newsletter being somewhat disheartening, that is not the intention. I’d rather you come away seeing that there are no perfect heroes and perhaps it doesn’t make sense to idolise any person, whether politician or celebrity.