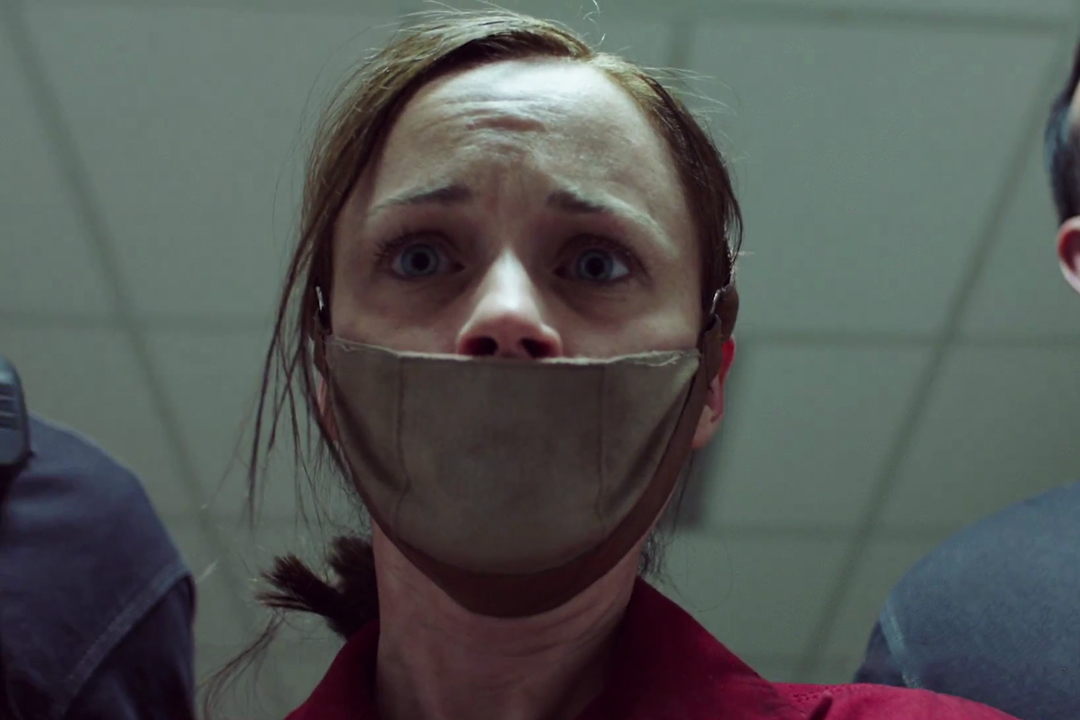 Dystopian novels, films and series are making a come back. Orwell’s 1984 became a best-seller in January after Trump was elected. Black Mirror is heralded as a modern-day prophecy. Finally, The Handmaid’s Tale is the latest TV hit, created by Hulu and airing on Channel 4 in the UK.

Culture editors wonder if the new surge in this entertainment genre provides a “cathartic outlet for people’s fears of a changing world” (as writes Nilanjana Roy in the FT). But this only makes sense if you believe the world is changing for the worse and not the better. Given there are many who disliked the 2015 version of the world, then this view seems only relevant to our echo chamber.

Rather than write about the dystopian genre as a whole, I thought I’d focus on The Handmaid’s Tale. The series has ended in America, and is just over half-way through in the UK (apologies, I don’t know about the rest of the world). The adaptation follows the story of Offred, who is stripped of her property, job, family and rights in order to produce children for the family of a higher caste.

In Vanity Fair, one critic explored whether it was an allegory for the Trump era. The Guardian also made the connection: we currently live in “fear of freedoms, rights and long-established orders disappearing overnight”. The New Yorker, Buzzfeed, FT and Economist also make the comparison.

In the UK, some comparisons have also been made about the Conservative minority government’s reliance on the anti-abortion DUP in Northern Ireland.

Woven in all these commentaries is a discussion of religion, particularly Christianity, as it is these people who are openly pushing the anti-abortion agenda in Western Countries.

Should Catholics watch The Handmaid’s Tale?

“The Guardian seems to think that the Tale is an anti-religious tract. Well, it isn’t.

We cannot sacrifice human dignity on the altar of reproductive imperatives, however grave. Breeding programmes, whatever form they take, are immoral. It is quite interesting to consider that breeding programmes seem to be a constant in history. The Ancient Greeks approved, indeed mandated, the exposure of what they considered to be defective children. Augustus legislated to encourage the upper classes of Rome to breed, without much success. Hitler and Mussolini went much further than Augustus.

Just as the way the state, in China, for example, makes contraception mandatory by law, which is wrong, it is equally wrong to force people into reproduction as happens in fictional Gilead.”

Read more by Alexander Lucie-Smith in the Catholic Herald

What everyone’s missing about ‘The Handmaid’s Tale

“But in their rush to demonize Christians and conservatives, liberals have missed the obvious comparison. What The Handmaid’s Tale describes is certainly not Donald Trump’s America or the condition of women in any predominantly Christian nation. It does, however, describe the conditions faced by many women today in the Islamic world.

In Saudi Arabia, rape within marriage is not recognized and rape victims are often charged with adultery.

In Bahrain, a woman’s testimony is worth half that of a man’s in an Islamic court. In, Morocco, it is against the law to harbor a woman who has left her husband.

And in the Palestinian territories, just 17 percent of women are employed even though the literacy rate is 93 percent. Thirteen-year-old girls have been stoned to death for adultery and close to 100 percent of women and girls undergo female genital mutilation.”

Fable for the age of Trump? Well, no.

“If there’s one thing on which virtually all entertainment writers in leading publications seem to agree, it’s that the miniseries is uniquely relevant in the age of Donald Trump. It’s “newly resonant.” It’s “timely.” It “demands our attention now more than ever.”

As a fan of the novel, and not a fan of Trump, I can only say: Get a grip.

There are many real reasons to be concerned about the Trump administration, from the convergence of the presidency with the business interests of the Trump empire to the president’s volatile approach to foreign policy to the hysteria targeting immigrants here illegally (and likely to affect many who are here legally). A plot to consign America’s women to domestic and sexual slavery in a Taliban-like religious patriarchy is not one of them.”

“The Handmaid’s Tale hype is based not only on Trump-era politics, but on the gender politics of the 2010s. Besides costumed protests, the show has inspired much facile commentary on gender in America. Thus, a (male) Voxcritic observes that “in the world of this show — and, honestly, in our world — even the guys who purport to be on the side of women are ultimately a menace.” … Essays in The New Republic and Elle have likened Serena Joy to modern American women who espouse conservative ideas or criticize feminism.

You could say The Handmaid’s Tale is a show for our time. But that’s not a compliment.”

Stop making “The Handmaid’s Tale” about your liberal anxiety

“But these (possibly justifiable) liberal fears tell us something perhaps more vital about the single-minded focus of American discourse in 2017. Just like everything else these days, the vast majority of conversation around the Hulu series begins and ends with how it relates to Donald Trump.

For a title that has received a more thorough exploration of its meaning and place in society than most, rarely are the lines drawn to other modern societies outside the U.S. where people, and women in particular, are suffering Gilead-level oppression (or worse) at this very moment. It seems that Americans now only have one lens to view things through, and it’s tinted orange.”

What do you think of this topic?

This is the first attempt I’ve made at an arts and entertainment topic. My concern is that some of you may not be watching the series, and so it may not be entirely relevant for the subscriber base. However, I’m interested to hear what you think.

Thanks to Rajiv Shah for his help curating this newsletter.